The best internet on the internet
Login? 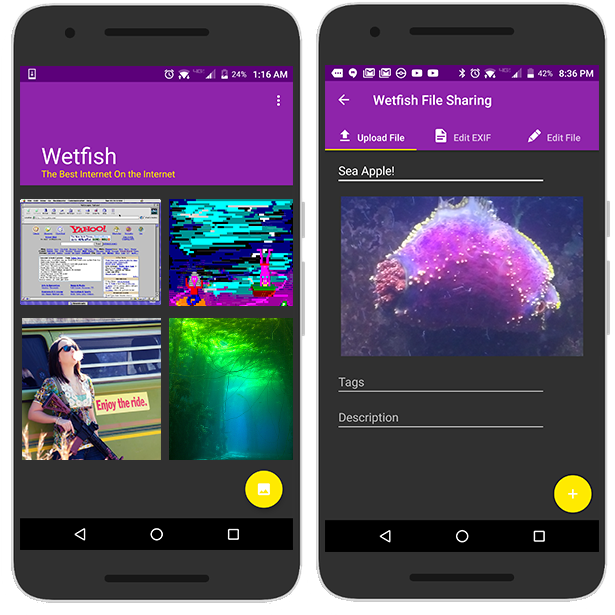 Been wanting to try out the Wetfish App but didn't make it into the private beta? Now's your chance to download our app directly from the Google Play store!

With the Wetfish App you can share images and videos directly to Wetfish from your phone. Resize, tag, and edit EXIF metadata before uploading. Keep track of what you've uploaded in your own private gallery.

Future releases will include a public gallery of files that other people have shared as well as the ability to add stickers / draw on your pictures. Try it out, get involved, and suggest even more cool features!

Of course the project is 100% open source; check it out on GitHub and compile it yourself if you want. If you have any experience releasing packages on F-Droid or other app platforms, please contact us. <3 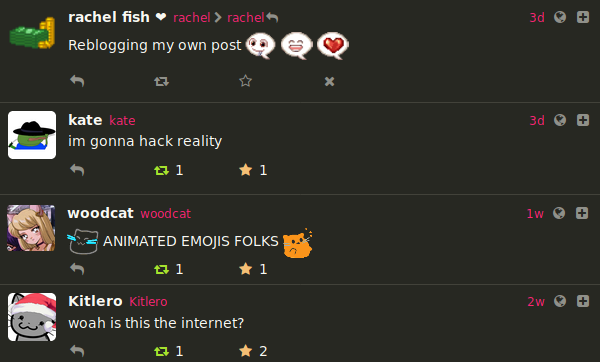 It's official, Tumblr is dead and Wetfish has joined the Fediverse. Now you can blog, post images, videos, or whatever you want on FishSpace!

The Fediverse is a social network like Twitter or Tumblr, except anyone can run their own server. Each server is independently operated but posts are automatically shared between users who follow each other. When you join the Wetfish server, you'll get to see everything Wetfish members are posting as well as posts from other servers that Wetfish members follow. If you want to talk to somebody on another server, you simply mention them by their name and address—kinda like email!

FishSpace is maintained by Woodcat, Wetfish's resident catgirl lover. The site runs on Pleroma, an open source project that is compatible with both OStatus and ActivityPub. Already have an account on GNUSocial or Mastodon? Send us a message!