The best internet on the internet
Login?

After eight years of anticipation... 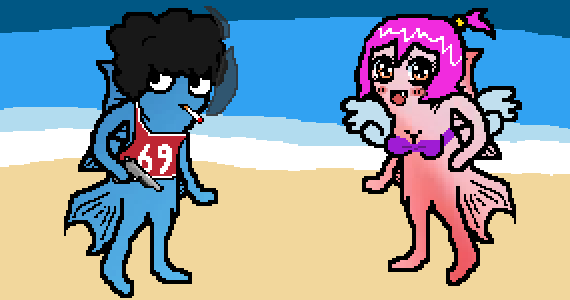 Officially released in early December, the first month of the Wetfish Forums was a roaring success. With over 2000 posts and 50 members registered the forums were a shining beacon of hope to mark the end of 2016.

Wetfish Online features cute fish avatars with lots of items you can use to show off just how cool you are. Forum members have already contributed custom items to the project and renowned Wetfish artist RadHeron even made some awesome fan art of her avatar (TWICE).

If you're new, you might not have ever heard of Wetfish Online, but promotional material for this highly anticipated project has been around since 2008. Finally after all these years, long time community member Justin decided to spearhead the project, becoming the project lead and doing 99% of the work.

So what are you waiting for? Register today!